The Internet is Unpatched – It’s Not Hard to See Why

It’s brutal. We have Internet Explorer vulnerabilities that need a chart to explain, a Mac OS X update that’s larger than a bootable Solaris image, a Java security update, two Firefox updates, Adobe and Foxit! PDF readers that apparently are broken, as designed, and three flagship browsers that rolled over and died in one contest.
It’s not a Microsoft problem, it’s not an Adobe problem, it’s a software development problem, and as far as I can tell, all vendors have the problem.

So how did I get on this rant (other than the pathetic display of incompetence by the worlds major software vendors the last few months few decades)?

Presumably this blog is frequented by more-technical-than-average users. I can’t imagine non-technical users being interested in my most frequented posts on Structured System Management, MTTR, MTBF & Continuous Deployment. I would also assume that because the blog should only be interesting to techies:
Guess which two out of the three are correct?

Firefox & Chrome add up to more than IE: 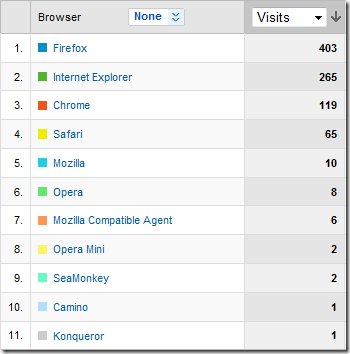 The operating systems tend to be Linux and OS X heavy compared to the market as a whole: 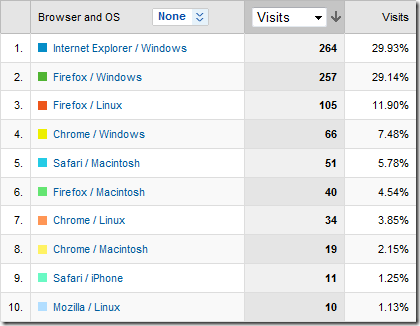 And the readers of this blog tend to be fully patched: 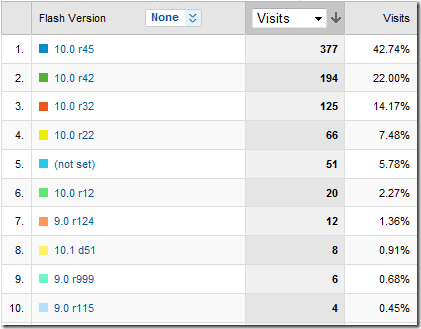 [Hint – any Flash version other than r45 is out of date. Y’all are nerds, so y’all already knew that, right?].

If technical people either cannot or are not keeping up with patches, why would we expect ordinary users to keep up?